"Instead of this monstrou​s process of identity I would prefer, god help me,
a dark whisper, or a little mud on the streets”. (James Thurber.)

Over the years like many folk have done a bunch of stuff...


Left school at 16. Went to the Isle of Man to live/work with sculptor and family.
Did a lot of building work, especially plastering.

Ran a "making" workshop in Sussex for 18 months with disturbed kids.

Did some street theatre training and performance stuff in Provence.

Lived in squats in London awhile, trying to be a musician.

Trained in Tai Chi on Cheung Chau island in the Chinese New Territories.

Helped rebuild another old farmhouse, this time in the Tarn.


Went to Dartington College of Arts.

Got a BA (Hons) in Theatre Studies.

Drawn to the dance/movement studies and work there with the many fab guest dance artists and teachers, and because Mary O'Donnell Fulkerson's Anatomical Release training, and her approach to making and moving was essential, as was lots of training and dancing with Steve Paxton, including all the initial Touchdown Dance workshops.

Same in Glasgow's year as City of Culture.

Went to the Orinoco delta to work with the Warau people, and made work and taught in Caracus with the Ecoperformia project.

Did many workshops and trainings with great folk in the US.

Made a bunch of work and taught a lot in Montana and Montreal.

Over many years did series of pieces at Studio 303 in Montreal with Guillaume Choinard.

Associate Artist at Tobacco Factory, Bristol.Made series of pieces there.

Taught a lot for many years as an associate lecturer or on the staff at EDDC Arnhen, ArtEZ Arnhem, Dartington College of Arts, San Francisco International Dance Festival, Falmouth University....

Went to S Korea and Argentina a number of times to teach and mentor at Korean National Univerisity of the Arts, LEM in Buenos Aires. YAC Seoul, Daejon University.

Have taught at EDDC/ArtEZ for 25 years now, and still run the ArtEZ annual Choreo/Composers intensive.

Have worked with Silke Z / Resistdance for 21 years now I think, as performer and collaborator.

Did a series of impro shows with Andrew Morrish.

Became Acting Head of Choreography and Creative Studies at Northern School of Contemporary Dance for 6 months, then for 2 more years was full-time lecturer..

in 60's, went back to more improvising and less teaching, performing with Silke Z's work, running just the odd workshop in fab places with fab people, like Forum Danca in Lisbon with Maria Ramos, and Ludwigsburg for the "Lovely Ladies of Ludwigsburg" (The fab gang running the Tanz & Theatrewerkstatt.) 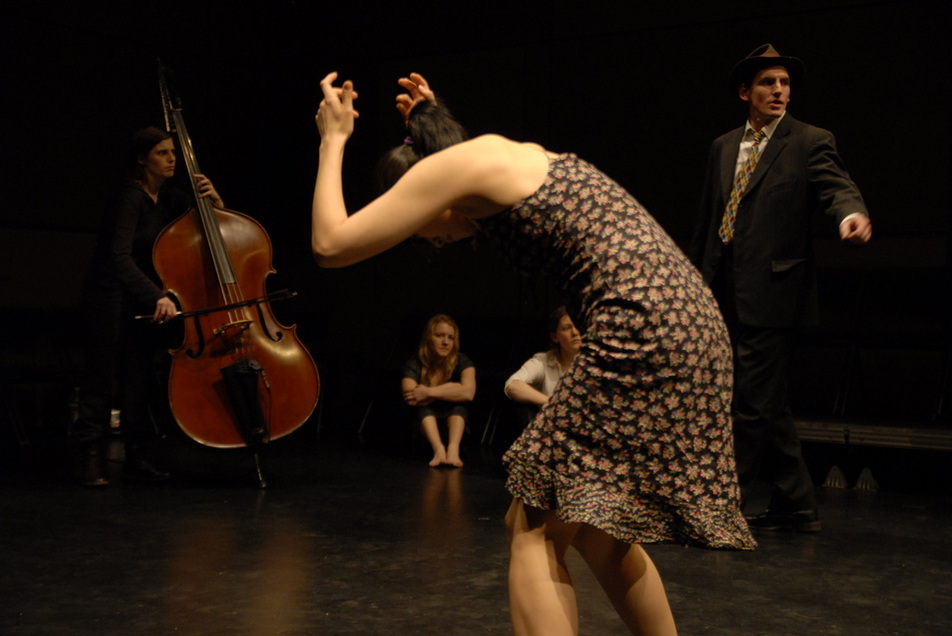